Sixteen Climbs Make Up The
Ayrshire Alps. These Ascents Are
All Suitable For Road Bikes

A grading system has been applied to the climbs similar to that used to grade ski resorts and mountain bike trail centres. This system is based on robust scientific testing: how the rider’s legs feel after each ascent!

No climb is easy, but our green climbs provide a gentle introduction to the park with easier gradients. 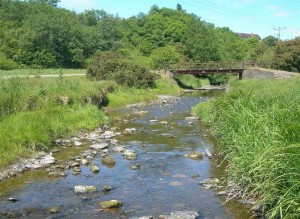 KNOCKGARDNERMILLENDERDALE
professional paper writers
Is this technically a hill then? Aye, your legs will confirm it is. We start steep by the road junction, for 2-300m we have to grind our machine onto the gentler gradient. From the junction with the Barr road we ascend gradually with a few short sharp pitches. In places the road descends, but the standard head wind means you are merely catching your breath before another injection of effort. 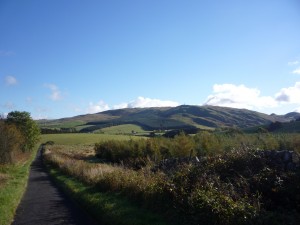 Not to be underestimated, Knockgardner links Straiton to the lower slopes of Glenalla (Cloyntie). A hidden back road, its a much neglected climb well worth seeking out.

We go up up up in a straight line, but despite the constant elevation gain never have the sense of conquering a climb because the hills behind look that bit more impressive. But remember; not to be underestimated! 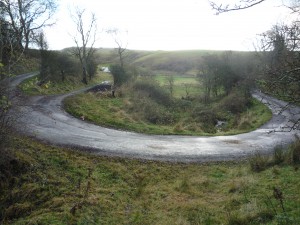 A superb route from the sea, climbing out of Lendalfoot at an ever so steady pace you barely notice it. But with over 100m in elevation, and even a switchback, it qualifies as a categorised climb.

The road is in pretty mixed condition, so we recommend riding up rather than down. Please take great caution if accessing Millenderdale via the A77. We would recommend approaching via Colmonnell for a more scenic and less busy ride. 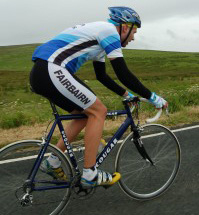 Named after after a local cycling club member who came to mischief at the base of this climb, Blackies Brae is itself a mischievous climb. With crisp conditions you will sail to the summit. With an unfavourable wind though you will wince through each metre of ascent.

Whatever the weather though, it will be worth it. From the summit you get to enjoy the sheer exhilaration of descending the Screws! 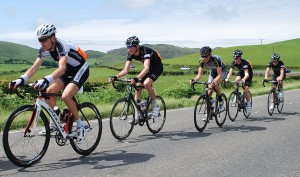 The fastest climb in all the Ayrshire Alps? You bet! Its a monster power romp up kilometres of smooth steady gradient. Find your rhythm and it’s an absolute joy. Just ask Rapha Condor Sharp professional Christopher Jennings, who launched his audacious race winning move here after 90miles in the 2012 David Bell Memorial. 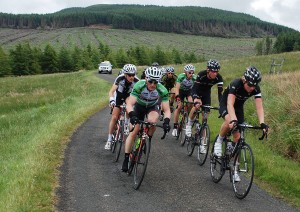 Once you are out the treeline, Glenalla is a joy. A fast ascent with a strong tail wind will blow you ever higher. But getting here is a long slog. After the sawmill by Cloyntie the road rises steeply, but eventually this abates and as the road switches back on itself you get a marvellous view across to Maybole, the Carrick Hills and beyond.

But be warned, there is a wee plot twist at the end! 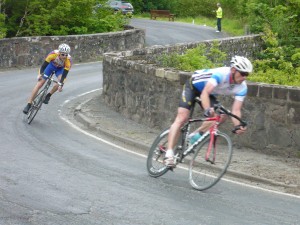 Before you approach Tairlaw, ensure you have refueled at Straiton: this is a long 8km. The road starts steep before settling down into a steady slog up through the Carrick Forest. Once you reach Stinchar Bridge you lose the shelter of the tree line, but instead are met with the majestic views over the moor tops of the Ayrshire Alps.

Fancy a diversion? Take a visit to the Carrick Forest Drive at Stinchar Bridge and check out the strada grigio – Scotland’s answer to L’Eroica. 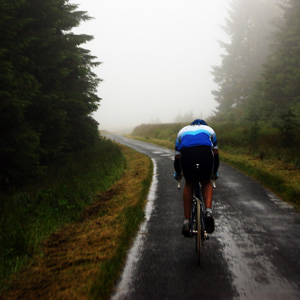 If you have come this far, chances are you have already climbed the Nic O Balloch. Relax, this is a dawdle in comparison. The only challenge with this climb up the spine of Rig Of Shalloch is its seeming never-endingness. No matter how well you know the road, the summit likes to tease you as it always hides ‘behind the next corner’! 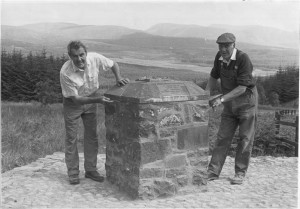 Situated at Rowntree Toll, between Nic O Balloch and Tairlaw (Shalloch), a bronze relief of the surrounding hills stands as memorial to David E.T. Bell. Better known under his penname, ‘The Highwayman’, Bell was a popular journalist with the local Ayrshire Post, and also a founder member of Ayr Roads Cycling Club. For more information on ‘The Highwayman’, visit the website of the race run in his name:

A beautiful setting in its own right, and the perfect place to pause mid route, the cairn is the ‘must-visit’ location for every cyclist who aspires to become a King of the Ayrshire Alps.

Its getting a wee bit lumpy! 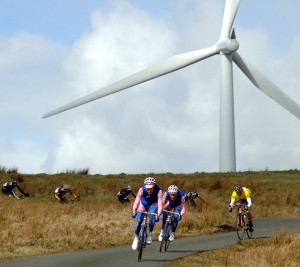 A tricky beast, the gradient of Hadyard is constantly changing. A gentle stretches lull you into

a false sense of security before the road pitches up again. It’s a beautiful climb, rising up out the pastural farm land and onto open moor, listening to the grand swish of mighty wind turbines. Enjoy!
CARLETON 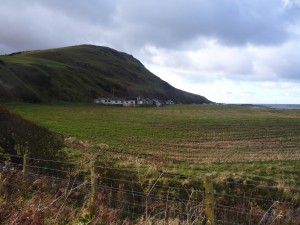 Just a little too short to get a Black rating, Carleton makes up for it with an unrelenting gradient. Leaving the coast by Lendalfoot you zig zag up past the ruined castle and onto the moor above Pinbraid Loch.

Wave at the fisherman if you have any energy left. From here you can head cross country to Barr via Colmonell, or even race down the Byne.

As scenic as it is, we do not recommend retracing to Girvan via the busy A77.
HADYARDTHE SCREWS 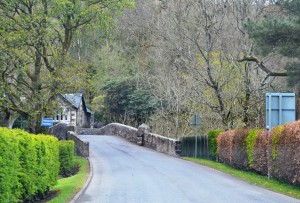 Whatever you do on your visit to the Ayrshire Alps, make sure you don’t leave without descending the Screws at least once! You will quickly understand where the name comes through as you helter skelter around its wonderful cambered corners.

However, to tick it off we need to be going up. The Hitchhiker’s Guide says ‘mostly harmless’! 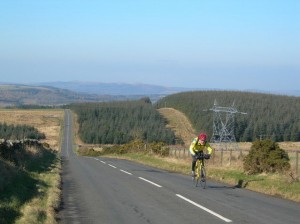 From Straiton set out east towards Dalmellington and snake out past the Lady Hunter Blair trail. The road sweeps round on itself before you hit a false summit. Enjoy the respite because the final kick up to Gass farm is relentless and makes for an intimidating sight.

Fancy a challenge? Carry on across the summit to Dalmellington and do a loop of the 2011 David Bell Memorial Circuit featuring the Carrick Forest Drive – Scotland’s answer to L’Eroica! 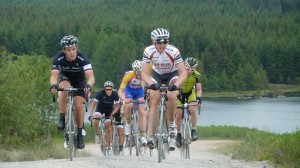 In 2011, the organisers of the David Bell Memorial took the controversial decision to forgo the Nic O Balloch and instead send the race over the unsealed Carrick Forest Drive. Having ascended Largs Hill, the riders circumnavigated Loch Doon before hitting the ‘Strada Grigio’, the fine grey gravel of the six mile forest road. Several punctured wheels (and legs) later, 24 of the 80 strong start sheet rolled home into Straiton. The verdict: an unmitigated success!

how to enlarge penile length naturally

James McCallum’s solo breakaway will be remembered as legendary, not just for the way he won the event, but also for the landscape in which he won it.

Feeling adventurous? Take a visit yourself! You access the route from Loch Doon, and come out by Stinchar Bridge on Tairlaw Summit. During summer months this route is accessible for regular 700×23 road bikes. 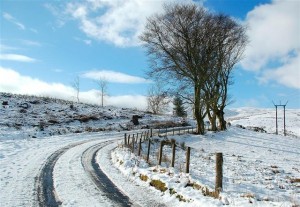 The climb of Glenalla from North Balloch gets off to a false start. You rise out the valley, only to have to drop down to a bridge over a burn, hit a cattle grid, and start all over. A tough gradient awaits, but you should have the assistance of a favourable wind. The road snakes enough not to taunt you with the sight of ever riser tarmacadam, but every time you find your rhythm be sure you will lose it round the next corner!

Beware of cattle grazing here in summer months – it is open hillside and they are quite oblivious when they wander onto the path of oncoming cyclists! 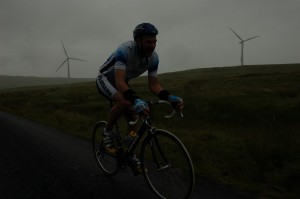 Glengennet is one of the shorter climbs of the Ayrshire Alps, but makes up for it with a rather relentless gradient. Pluses are if you can find a rhythm you are onto a winner, and the views down the west side onto a streaming waterfall are marvellous. Negatives are: your only alternatives are even longer climbs out the end of the East end of the valley floor.

You ascend onto the top of Hadyard Hill, with the sleek wind turbines chopping at the sky. Pause and watch them in awe. 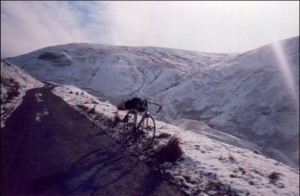 Nic O Balloch holds a fearsome reputation among Scottish cycle racers. Too many have seen their race come undone on its slopes. At an average 7.6%, you’ll be looking for extra teeth as the road goes ever higher. Hope for a tail wind!

The Nic O Balloch used to feature a lovely high tree line – no more! You now pop out the trees to be met with the gruesome sight of a long straight climb into the sky. Those familiar with the climbs are hypnotized by counting the road barriers. We suggest you try it – you’ll have little else to take your mind off the effort! 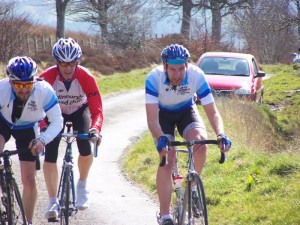 Tucked away at the north end of the Ayrshire Alps, Wallacetown (alternatively known as “the Black Cock”) is a rather neglected, oft-forgotten suffer-fest. Well no more, we say – you’ve had it too easy for too long. Wallacetown is firmly back on the map. You’re going to love it, with its Alpine style switch backs, the race up through the forest, and the gruesome ‘are we nearly there yet’ summit. This is one that your legs will remember!
grant writing services
Carry on west from the Summit for some of the best views of the Ayrshire Coast including Turnberry and Ailsa Craig.
GLENALLA (AUCHENGAIRN)GLENGENNET NIC O BALLOCH